As Chief Financial Officer, Chief Operating Officer and Executive Vice President at PALATIN TECHNOLOGIES INC, Stephen T. Wills MST, CPA. made $2,024,826 in total compensation. Of this total $550,000 was received as a salary, $231,000 was received as a bonus, $613,805 was received in stock options, $613,814 was awarded as stock and $16,207 came from other types of compensation. This information is according to proxy statements filed for the 2020 fiscal year.

The chart on this page features a breakdown of the total annual pay for Stephen T. Wills MST, CPA., Chief Financial Officer, Chief Operating Officer and Executive Vice President at PALATIN TECHNOLOGIES INC as reported in their proxy statements.

Other Compensation covers all compensation-like awards that don't fit in any of these other standard categories. Numbers reported do not include change in pension value and non-qualified deferred compensation earnings.

Other Executives at this Company

This report is not for commercial use. Thorough reviews have been conducted to assure this data accurately reflects disclosures. However for a complete and definitive understanding of the pay practices of any company, users should refer directly to the actual, complete proxy statement.

Use of Data / Disclaimer

What is a proxy statement?

A proxy statement (or "proxy") is a form that every publicly traded U.S. company is required to file with the U.S. Securities & Exchange Commission (SEC) within 120 days after the end of its fiscal year. The proxy must be sent to every shareholder in advance of the company's annual shareholders meeting. All proxy statements are public filings made available to the general public by the SEC. The proxy statement's main purpose is to alert shareholders to the annual meeting and provide them information about the issues that will be voted on during the annual meeting, including decisions such as electing directors, ratifying the selection of auditors, and other shareholder-related decisions, including shareholder-initiated initiatives. Also, proxies must disclose specific detailed information regarding the pay practices for certain executives. 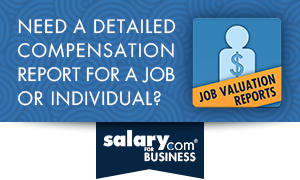